For most people, addiction tends to be a very private affair. Those who are close to someone suffering prefer to “keep it in the family” and avoid discussing their problems with friends and extended relatives. And while that is perfectly acceptable, there is something admirable about a person who shares their story for the greater good; particularly if they’re a public figure. This month CBS news anchor Angela Kennecke decided to do just that, opening up about her daughter’s overdose with millions of viewers across the country.

There is no doubt that it took a tremendous amount of bravery for Angela to come forward. She openly admitted that she is private person, but felt this was an important story that parents needed to know about. As Kennecke explained, the OD happened this past May. Her 21-year-old daughter Emily had been battling a serious opioid dependency, but kept it hidden from her mom and dad. That happened to be a point that Angela emphasized, as she was regretful that she didn’t notice more warning signs.

“I knew that Emily was casually using marijuana, but never imagined that she would be injecting opioids,” Kennecke explained on CBS This Morning. “It was the most shocking thing to me. Needles? Middle-class kid, privileged, all these opportunities and things like that. It’s hard to explain addiction. It’s hard to understand. My child ran out of the doctor’s office once when she was going to get a shot.”

Obviously the shock drove Angela into a deep depression, leading her to step away from her anchoring duties for several months. When the time came to return to the desk, Kennecke decided that she would open up about the loss and work towards becoming a public recovery advocate.

And true to her word, Kennecke has taken swift action. Most recently she has set up a fund called Emily’s Hope, which helps others afford treatment. She also has taken to the lecturing circuit, speaking to high schools and colleges about the dangers of addictions.

We certainly admire Angela’s outspokenness and are happy to lend our own support to other parents impacted by addiction.

You can watch Angela’s full CBS interview below… 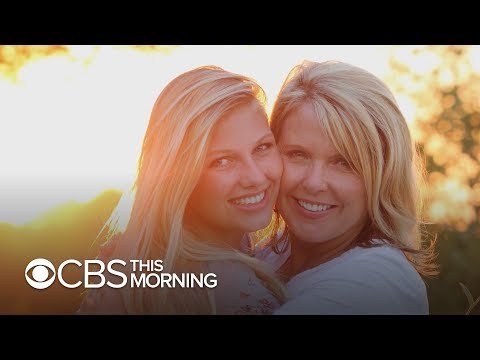